How to win a war for dummies

Winning a war is not a difficult business, even a dummy can do it and he doesn’t need to be like Napoleon or Alexander the Great, he doesn’t even need a powerful army flatting the enemy with carpet bombing or killing the entire Iraqi republican guard with explosive gas.

The dummy that wishes to win a war doesn’t need to spend money to develop smart weapons and doesn’t even need to feed expensive diplomats. All that hardware from past wars is old fashioned, too expensive, too ugly for radical chic lobbies ready to freak out against war and to ask for peace and love.

Maybe it’s useful to continue to recruit people, but just for electoral reasons as somebody else has done so far in Europe.

The dummy that wants to win a war has to keep in mind the fact that nowadays the most powerful weapon is media communication.

Tanks are just useless pieces of iron, the victory goes along the headlines of CNN, the ink of Washington Post, the outnumbered wires of the internet.

A quiet dinner with the media tycoons is stronger than an army corps, a carrier or an air task force. 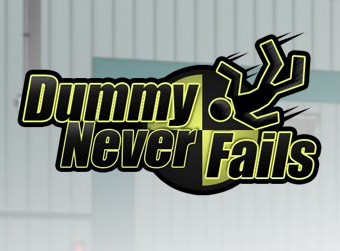 The first thing the dummy has to do is to declare victory, in some cases he can just say that major combat operations are over and most of the work is done and, last but not least, to say that the withdrawal is starting and will be completed in a short while, up to a year.

The second thing the dummy has to do is to declare that a unit at the end of its term and waiting for rotation is withdrawing because the war is won, the usual spokesman in uniform will confirm the fact with the usual stone-face, they know they have to do that.

The third thing the dummy has to do is to send the Nato chief to ask other nations to send more troops for training the local forces, but make clear that there’s no need for combat troops because the war was won.

The fourth thing the dummy has to do is to provide the media with photos and videos about the soldiers getting out of the flight back and receiving hugs and kisses from their children at the airport lounge, it’s very convincing. Talk shows will interview the reunited families and everybody will be happy.

If the enemy continues to attack the dummy can say that local forces are capable and the problem is almost solved, repeating that the war was won and is over, no big deal.

Most of the times those who remain on the field are just satisfied about the fact that the dummy is away and they stop fighting; this is the best confirmation that the dummy was very right when he declared victory.

Satellites and similar gizmos can continue to monitor the situation worldwide, but that it’s just for assessing where the next war will be won.

sure the stock exchange will go better because of the victory of the war.

p.s. The dummy goes to the UN to say that he has the right solution to stop all the wars over the planet and reminds his experience in winning the last war. Local warlords worldwide are supporting the dummy’s statement over the media. Media are normally focused with sex scandals.

Comments to How to win a war for dummies