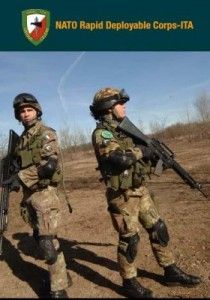 NRDC-ITA Headquarters is a complex organization “with committed, confident and experienced multinational staff working in a cohesive and structured team and using well-developed doctrine for multinational and joint operations at the land component level”.

This statement indicates the capability of NRDC-ITA in training its own personnel, in analyzing the results of the exercises and in creating specialized doctrine. Without any doubt, we’re staring at a Centre of Excellence in an Italian framework which is not only self-sustainable in terms of education of personnel, but it’s also able to educate personnel belonging to other structures.

Last exercise conducted at the end of June 2011, named Eagle Settler 2011, is only the first training course offered by NRDC-ITA specialists to an external military audience, the Italian Army Post Conflict Operations Study Centre in Turin. 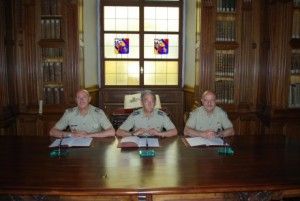 General Chiarini underlined the importance of this MoU in increasing the importance of NRDC-ITA among military structures by saying: “We are becoming a point of reference for all new NATO member countries eager to train in accordance with NATO standards”.

All of these capabilities are guaranteed b 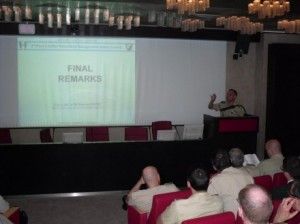 y a multinational experienced staff that can rely on a well-developed doctrine to offer NATO an outstanding organizational environment.

The Corps is capable of commanding up to four divisions, combat support (CS) and combat service support (CSS) units for a total of 60,000 men. A huge range of options will be available to command and control land forces at the brigade and divisional level to operate as a stand-alone formation or subordinated to a higher HQ. A fundamental role in sustaining capability is played by the support brigade.

NRDC-ITA relies on an in-place support structure with equipment both for training and operations, which is dedicated to the entire range of communications. It is crucial to have a well-tailored support, since the HQ manages a filled training schedule dealing with the full operational spectrum up to high intensity war fighting with the complete range of modern weaponry.

The Support Brigade is the vital Support Unit of the HQ. It provides command support, allowing the Commander and his staff to exercise command and control over the assigned divisions and Corps troops.

The Support Brigade is composed of t 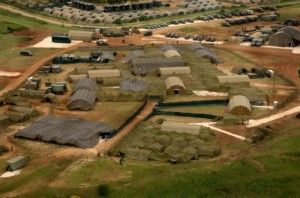 he 1st Signal Regiment based in Milan, which is composed itself  by Spluga Battalion and Sempione Battalion, a Tactical and Logistic Support Regiment, and the Post HQ based in Solbiate Olona.

The Support Brigade’s main task is to guarantee the Corps staff life support by deploying, moving, feeding, accommodating, administering and protecting it. Nonetheless, the brigade has also an administrative role, since it manages the entire administrative section of the armed corps. This is the unique Italian brigade with such a specific task among the Italian Army.

Referring to the high-profile brigade, the Brigade Commander general Antonio Pennino affirmed: “We’re able to create a complex structure starting from the roughest landscape”. In practical words, the brigade is able to put in place timely an entire village with sewers, 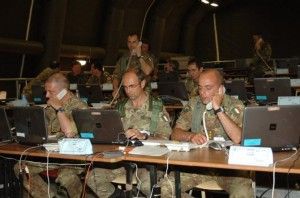 bakery and communication lines starting from the drainage of the ground, just to give an idea.

Indeed, command support includes the provision of communication and financial support, the transport and building up of the NRDC’s deployable command posts (CPs), the establishment of a combined radio and satellite communication network.

The 1st Signal Regiment provides NRDC–ITA HQ with Command, Control, Communications and Computer (C4) support both in peace time and in operations. It is composed of two Signal Battalions, the Spluga and the Sempione. The former is committed full-time to the provision of Communications and Information Systems support at Rear, Alternate, Step up, (RAS)/Rear Support Command (RSC) CPs; the latter covers the CIS requirements of NRDC-ITA HQ Main CP.

– The Tactical and Logistic Support Regiment

This unit provides the tactical and logistic full-time support to NRDC-ITA, both in everyday life and in operations. It is composed also of a Security company, which is responsible for providing security and defence of the CPs and of Communication Centre.

The Support Regiment can give complete support in both NRF and HRF configuration of NRDC-ITA.

The Post HQ is responsible for the real life inside the Ugo Mara Barracks by giving assistance to assigned personnel and their families.

Multinationality has been in the past and will remain for the future the strategic factor of success for NRDC-ITA. 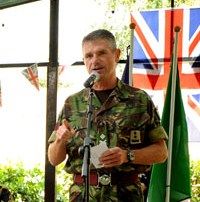 Moreover an enlightening statement released by the NRDC-ITA Deputy Commander (DCOM), UK general Thomas Beckett, unveils the secret of the outstanding goals achieved by this HQ from its constitution: “The real benefit of multinationality is the fact that each national character is strengthened by other nations”.

Indeed even if the influence of the framework nation– Italy in this case, can be considered in some aspects predominant general Beckett highlights that every different point of view contributes to an excellent result by saying that “everyone brings his style”. This is the key of success.