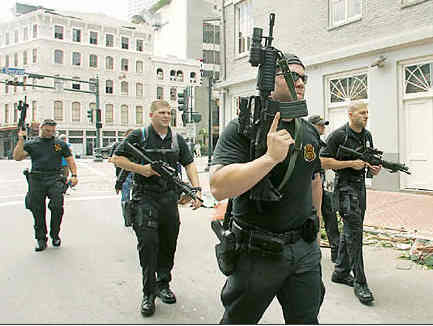 Western public opinion see Private Security Firms (PSFs) operating in the country as legitimate and valuable but the reality could look different.

Therefore to understand how this PSFs phenomena impacts to Afghan puzzled scenario complexity is important to identify the Afghan endemic factors, endogenous and exogenous.

Firstly, Karzai’s family interests (shares in the Asia Security Group and Watan Risk Management) and the conflict of interest between the public and the private sphere (Public security sector personnel moving to private sector or working in both), and exogenously the PSFs concept of profit by exploiting “local expertise” (USPI, Armour Group, EODT, use of militias).

Formally to operate in Afghanistan, PSFs have to be enrolled in the Afghanistan Ministry of Interior registry. In terms of figures as of the end of 2007, there were 60 companies allowed to operate in the country and more than 25 not yet registered. A part of the, so well known, as Black Water and especially DynCorp there are locals joint ventures built up ad-hoc for Afghanistan. It seems that some of then has been closed up late 2008 but looks like more than a government speculation action to boost locals companies.

Actually, their role has been a constant source of local concern and trouble. Following Mr Karzai’s secret investigation reports more than 80 percent of the 52 licensed companies had committed some offense, including 16 cited for “major offenses.” The serious offenses included such violations as the illegal use of weapons, illegal hiring, vehicle offenses and tax evasion. More, U.S. officials also have expressed concerns over longstanding allegations that the security firms use NATO funds for the contracts to pay insurgents not to attack the convoys.

Nevertheless, such forces are essential where rule of law and SFs are not adequate but could become a “necessary evil” or an “evil necessity” if they do not have the proper controls together with a critical source of corruption, power brokering and becoming a challenge to the Afghan stability.

One official step, to build up the PSFs international regulations is the Montreux Document issued last 17th September 2008. This effort sponsored by the Swiss government and the ICRC is to create an international standard, a tool for reforming legal contracting standards affecting both foreign and local private security forces not only in Afghanistan.

This Montreux Document is based on the “winning idea” to being able to sustain the use of private security contractors, to avoid their becoming a political and military liability, to gain the acceptance of host governments and peoples, and giving reputable firms both the credit for their conduct and rules they know are acceptable. None of these goals, so far, have been met in Afghanistan.

Furthermore, last 16th August 2010 President Karzai announced  he will ban the country’s 52 private security companies by year’s end. This statement is mainly influenced by his idea that the private firms act as a parallel security force undermining the nation’s Police and Army. Then in December Afghan government agreed to gradually replace the PSFs when enough government guards were trained to take their place.

Later Afghan Deputy Interior Minister Jamal Naser Saddiqi said that there are 46 security companies that still need to be disbanded – 23 Afghan firms and 23 international. Saddiqi said that while the shift is happening slowly, he was confident that the goal was attainable.

Nowadays this process, according to Mr. Karzai’s deadline (March 2012) is, actually, slowed by the less figures of the new Afghan Public Protection Forces (APPF), now around 18,600 of the 25,000 guards needed to take over all the currently work performed by the privately contracted guards.

Reasons behind are reported such as training programs hampered by a shortage of resources, insufficient infrastructure and health challenges. Therefore there is a provision for another 12-month extension that would allow for the private firms to continue operating. This decision could preserve less risks along the U.S.-led military’s critical supply routes into Afghanistan.

Is this the last word on the Private Security Companies operating in Afghanistan?