The ideological approach to the crime

Remarks on the cases of Julian Assange and Cesare Battisti 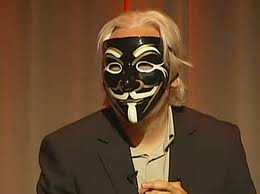 The Julian Assange’s case  is a perfect example of how the ideology can affect any consideration about a person under trial for a serious crime.

The story is well known, he is accused of rape in Sweden, he does not intend to go under trial and he prefers to escape from his responsibilities.

He has declared many times that the accuse is false and it is just a revenge for the publications of secret files he made available to the public through his website “wikileaks”.

Just as a reminder, the publications by Assange of classified reports have not changed the history of the world, so far no historian came out by saying that new facts were discovered by reading those files. We are talking about items to be verified, analysed, and correlated, a lot of work for the decades to follow.

But for the ones that look at Assange as a paladin of the truth, an accuse of rape in Sweden is just a US revenge against the freedom of information. The fact that the military personnel in various operation was put in danger by a senseless espionage action is just disregarded and forgotten.

As far as the asylum is concerned, a similar case happened in France and Brasil about Cesare Battisti, former terrorist found guilty of at least  four assassinations by an Italian court while the indicted decided to escape.

For a long time Battisti was protected by the so called “Mitterand’s doctrine”, a funny idea of the French left wing to protect people considered prosecuted for political reasons, unless they were responsible for murder. Battisti became a famous “noir” writer, probably something about a world he knew about.

When the situation became intolerable for the French, Battisti disappeared again and new extremists decided to protect him in Brazil.

The ideology is able to turn a crime in a legitimate political act, for this reason President Lula provided Battisti with political asylum upon the consideration that Battisti was in personal danger, probably unable to write his novels.

The result of these two stories is that any crime can be protected by rough states for ideological reasons.

The curious thing is that states like Italy, Sweden, Great Britain and the United States are considered by France, Brazil and Ecuador unable to provide an adequate level of legal defence to Assange and to Battisti, the guys that have shown no intention to go under trial so far.

When the democracy allows such a politicians to go to the power, the asylum is very likely to be the “refugium peccatorum”, a mask and an excuse to provide criminals with support within the frame of lost ideologies.